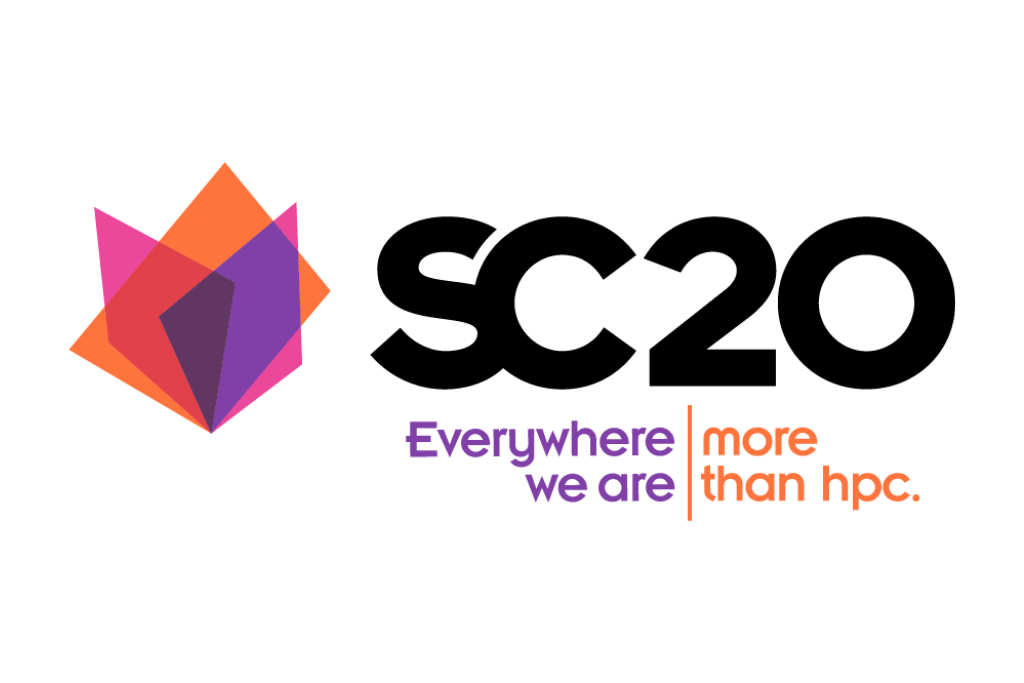 A Master Degree Course in Computational Engineering at University of Warsaw was introduced during the panel devoted to High-Performance Computing education by prof. Piotr Bała, founder and head of studies at Interdisciplinary Center for Mathematical and Computational Modelling (ICM). During the conference, the ICM University of Warsaw was also represented by students from the Warsaw Team (participating in the cluster competition) and Jarosław Skomiał, who for the second time takes part in the construction of SCinet – the largest and most advanced computer network on Earth, worth $80 million.

The SC Conference, formerly known as Supercomputing Conference, is the largest and most important international event of the year devoted to high performance computing, networking, storage and analysis. This year’s 33rd edition – SC20 – virtually from Atlanta, took place on November 9-19. ICM University of Warsaw participated in the conference as a part of the European computer network Géant and the Polish consortium Pionier; from 2018, ICM University of Warsaw started to participated with its own exhibition space, promoting achievements in the use of artificial intelligence, visualization, aeronautical and meteorological data analytics, as well as in didactics.

Second-level (master degree) studies in Computational Engineering were presented during the SC20 workshop session called EduHPC: Workshop on Education for High-Performance Computing. Prof. Piotr Bała’s presentation – who is founder and head of the faculty at the University of Warsaw – was held as part of the Lightning Talks, which was later on continued in a panel discussion. The session was also attended by the organizers of twin studies in Great Britain – University of Liverpool, and in the United States: Calvin University, University of Hawaii, University of Southern California, Vanderbilt University.

„It seems that the presentation about Masters Degree Course in Computational Engineering at University of Warsaw was met with great interest. One of the post-presentation questions was about the method of verifying the learning outcomes after finishing the course. Let me remind you that we measure the students’ knowledge acquisition through hackathons – the Great Development Challenges or through employment at ICM University of Warsaw. Other questions concerned the interdisciplinarity aspect of the studies, including the diverse preparation level of candidates. You can see that in this area we break the stereotypes about the need for an IT background in order to develop domain knowledge. In the case of Computational Engineering studies, we basically do the opposite, which brings particular – and probably better – results. There was also the question of how many graduates choose doctoral studies. And here we have nothing to be ashamed of, because several people – out of 15 who have graduated so far – continued their studies at the third degree “- comments prof. Piotr Bała.

A summary of individual Lightning Talks in the form of a publication is available here (SC20 is a CORE base A-class conference); the full program of the education panel can be found at sc20.supercomputing.org. Prof. Piotr Bała’s speech from the SC20 (without the discussion part) is also available on the ICM UW profile on YouTube.

Computational Engineering is a full-time, second-level degree program with a practical profile, launched by ICM University of Warsaw in the winter semester 2016/2017. The offer of studies is addressed primarily to graduates of engineering or master’s studies. The study program consists of the application of scientific computing, including computation using large-scale systems, to solve advanced scientific and technical problems.

During the course of Computational Engineering studies, students gain basic knowledge in the field of large-scale systems, their architecture, as well as their management and use in selected fields (computational chemistry, molecular modeling, bioinformatics, data analytics in aviation, meteorology, modeling social processes). Students learn about the methods of processing, analysis and visualization of big data, including machine learning and artificial intelligence. They learn the methods and paradigms of large-scale systems programming with particular emphasis on parallel and distributed programming, including cloud computing.

The Warsaw Team is the only team from Poland that takes part in the finals of the Student Cluster Competition (SCC), held annually at the three main supercomputing events in the world: SC in the USA, ASC in China and ISC in Germany. 19 teams – mainly from Asia and the USA – and only three teams from Europe: Friedrich-Alexander University Erlangen-Nuremberg (Germany), ETH Zurich (Switzerland) and Warsaw Team – University of Warsaw qualified for the finals integrated within the SC20 conference.

The competition during the SC20 conference was held virtually and was the ninth consecutive competition finals attendance for the team of students appearing from 2017 under the emblem of the University of Warsaw, although the team also includes people from outside the University of Warsaw. The November Virtual SCC at SC20 was attended by: Marek Skiba (UW), Paweł Pawłowski (UW), Konrad Litwiński (UW), Mateusz Nowakowski (UW), Marek Masiak (UCL) and Joanna Wojciechowska (UW).

The team’s mentors are Maciej Szpindler, Marcin Semeniuk and Michał Hermanowicz from the Interdisciplinary Center for Mathematical and Computational Modelling at the University of Warsaw, who work with students throughout the year.

“The Warsaw Team that we are training finally took 11th place out of 19 teams from around the world at the Student Cluster Competition at SC20. As in previous years, teams from China are in the lead. This time it was a virtual competition and everything happened in the cloud. I think the biggest challenge was the lack of interaction and the difficulty of keeping in touch. On the plus side – we got to know Microsoft Azure technology well in the context of HPC ”- summarizes Maciej Szpindler from Interdisciplinary Center for Mathematical and Computational Modelling (ICM) at University of Warsaw.

“The next event where the team is going to participate is the Chinese ASC competition – the most difficult of the events. Qualifications have already started and the final will be held in May 2021; again virtually. The composition of the team is constantly evolving as participation is limited to the students who have a pre-bachelor’s degree. We recruit students mainly from MIM (Faculty of Mathematics, Informatics and Mechanics at University of Warsaw), but we also currently have a UCL (University College London) representative in our team, which makes it an international team” – adds Maciej Szpindler.

See also the 2019 SCC competition in the USA under normal conditions – pre-pandemic, held on-site: Warsaw Team after the world final in Denver [detailed results and the gallery]

The SC conference, due to the presence of several hundred exhibitors (universities, companies and institutions), is a serious logistic challenge requiring the largest and fastest network that is being built on earth, using the most advanced technology and equipment. Jarosław Skomiał, chief network engineer at Interdisciplinary Center for Mathematical and Computational Modelling (ICM) at Warsaw University, has been involved in the work on SCinet since 2018.

“Work on SCinet in an international team of volunteers starts ten months before the conference. We meet online every 1-2 weeks – for Europeans these are night hours – at videoconferences, during which we prepare solutions and the entire logistics of network construction. In fact, we are building the fastest interim network in the world. In 2019, we achieved a total capacity of over 4 Tb / s of the WAN lines alone. This year, due to the pandemic and the virtual conference, SCinet did not create a physical infrastructure, so we focused on the virtual laboratory, new technologies and the exchange of experiences. From the point of view of our daily work at the ICM’s Technology Center, our indirect goal of participating in this project is also the implementation of the latest technologies in the ICM production environment “- says Jarosław Skomiał from ICM University of Warsaw, member of the SCinet Routing Team since 2018.

SCinet is a fast, long-distance network built for SC conferences that helps companies and researchers demonstrate and test their new products, designs and researches.

SCinet in numbers during SC19: