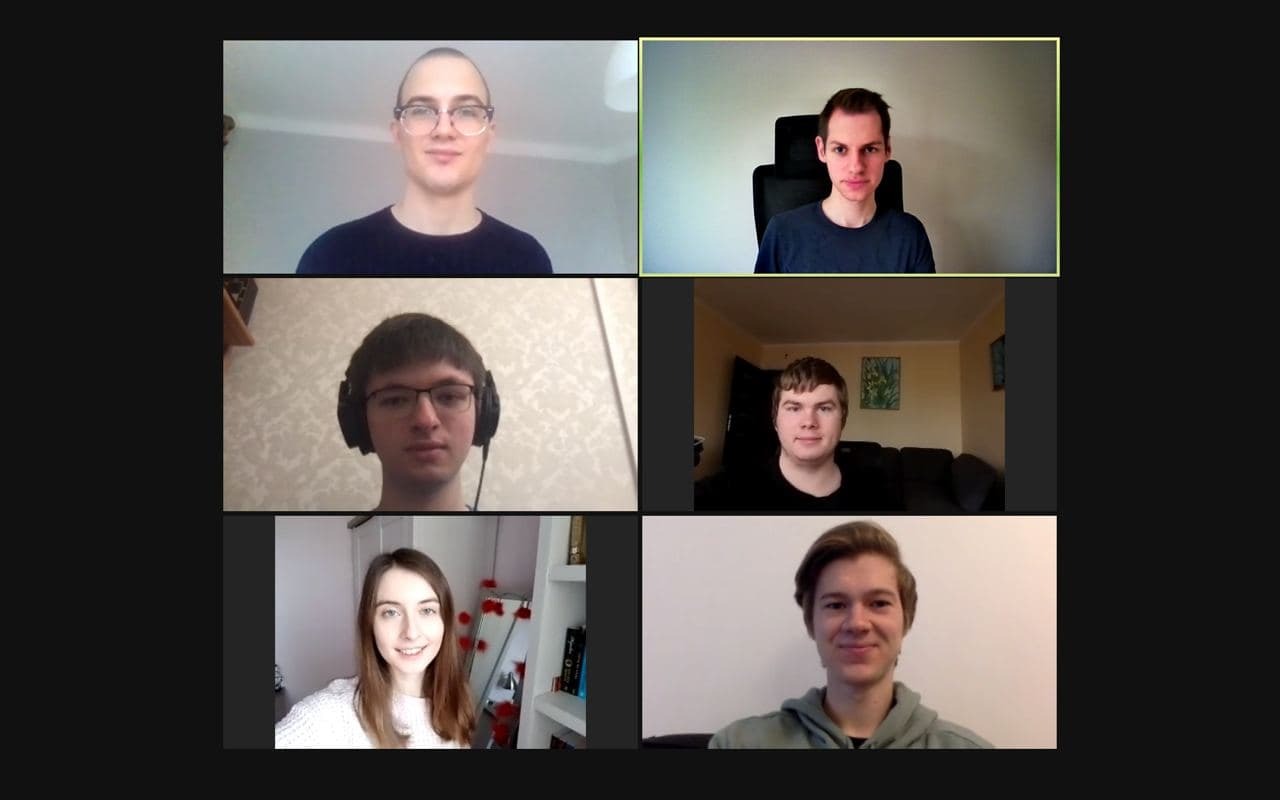 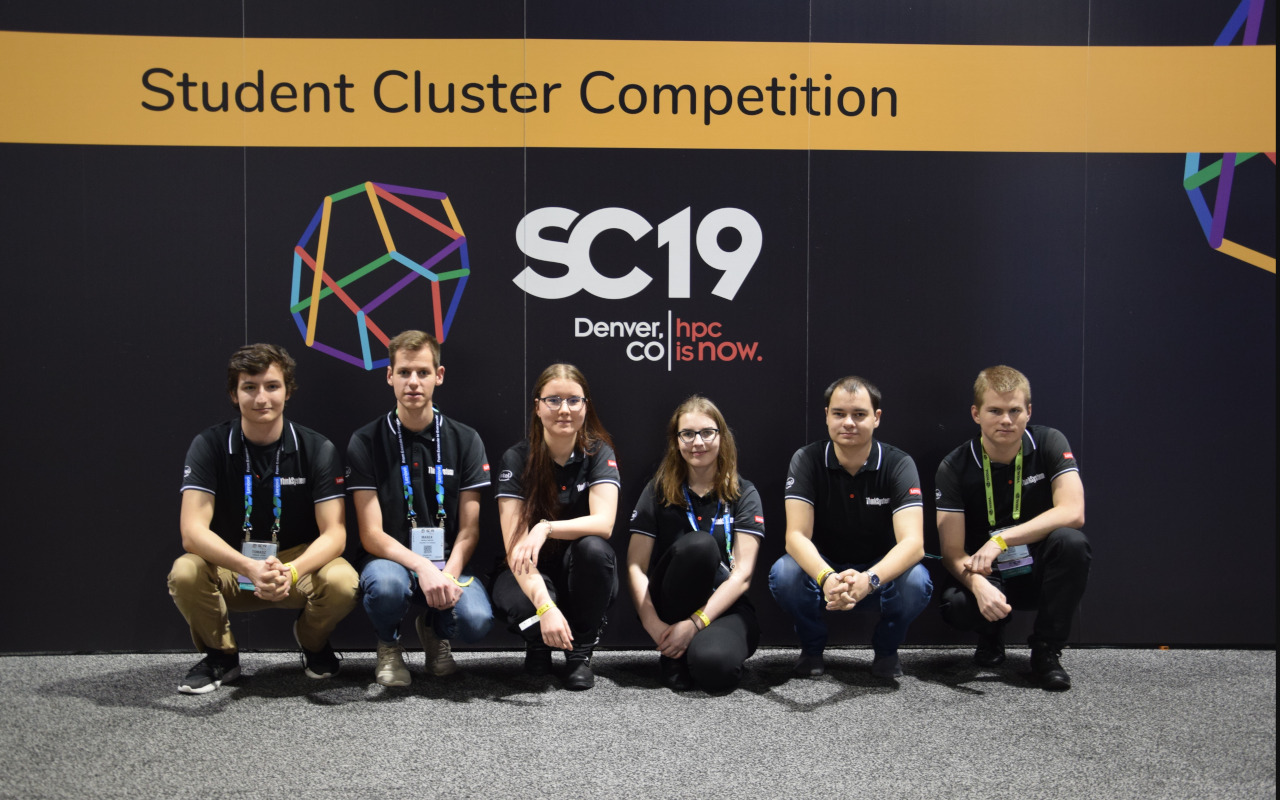 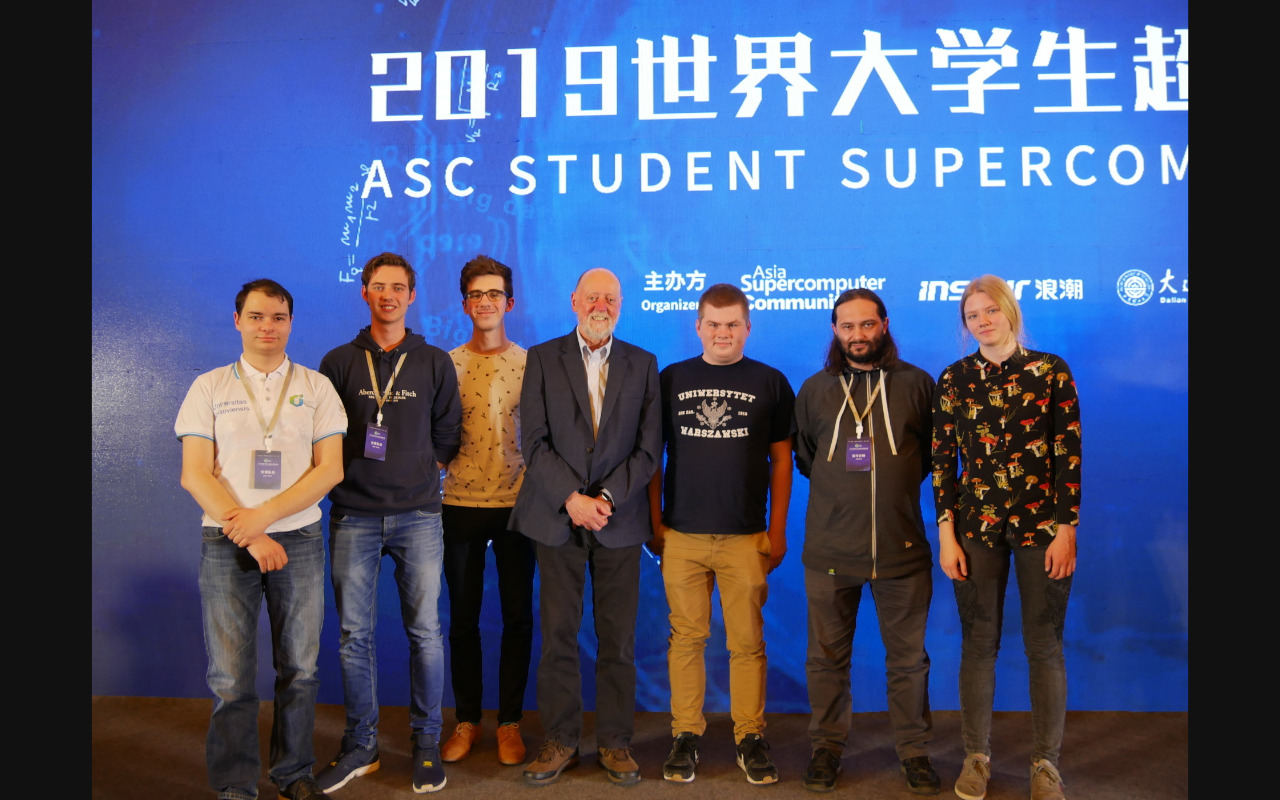 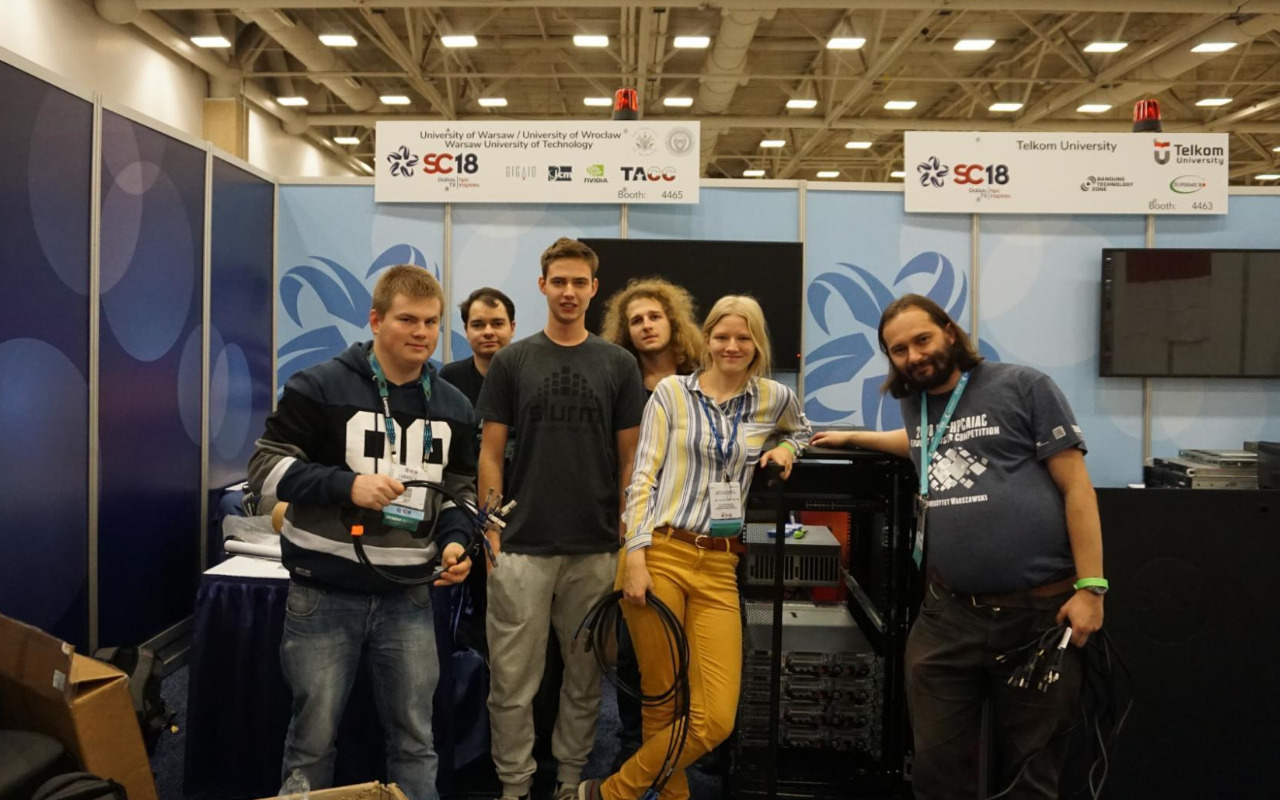 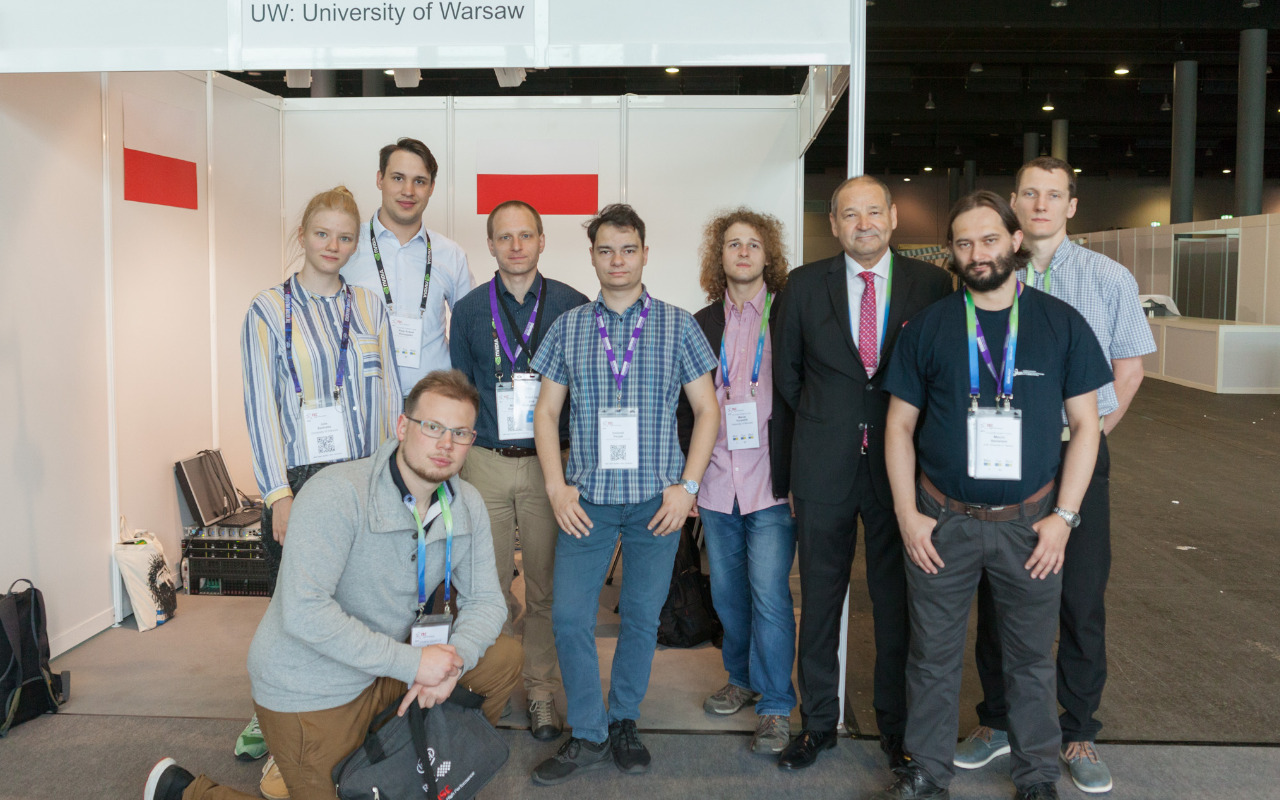 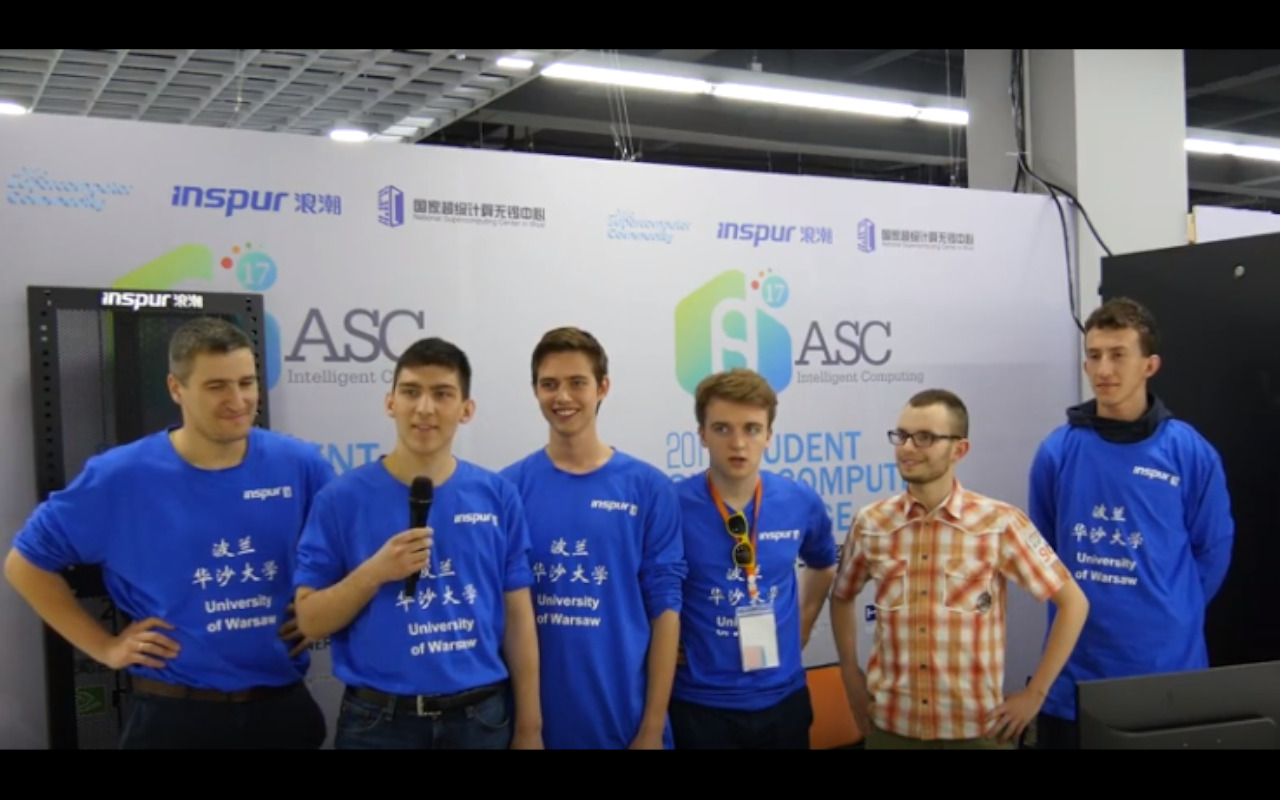 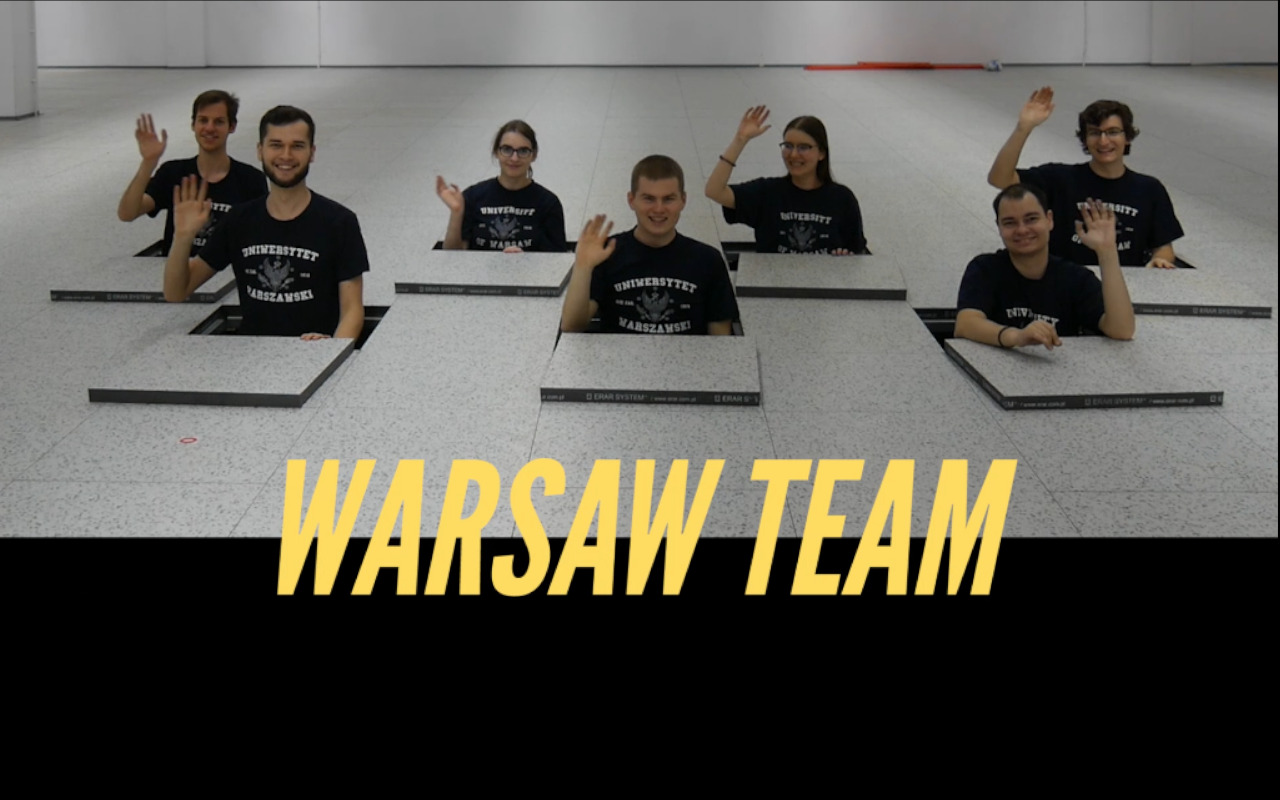 Warsaw Team (WT) was established in December 2016 on the initiative and with the full support of Dr. Marek Michalewicz, the former director of the Interdisciplinary Center for Mathematical and Computational Modeling (ICM) at the University of Warsaw, who created a similar student team in Singapore, in December 2013.

The Warsaw team is trained by specialists from ICM. The first tutor of the students was Maciej Cytowski; Currently, Polish supercomputing squad are being coached by Maciej Szpindler, Marcin Semeniuk and Michał Hermanowicz. The main bases for the year-long training are the ICM UW supercomputing center in Warsaw’s Białołęka district and the Ochota Campus.

The team received a grant from the Ministry of Science and Higher Education twice – in the academic years 2017/2018 and 2019/2020. The project “The best of the best” supports outstandingly talented students in developing their scientific activity, enabling them to participate in important international competitions and conferences.

SCC are competitions full of technical challenges that combine the so-called book knowledge with practice, and of course with fun. Since 2017, Warsaw Team supported by the ICM, has performed in 9 finals around the world, and in May 2021 the team took part in the finals of ASC Student Supercomputer Challenge for the third time, as one of the few teams from outside of Asia.

ASC 20-21 was organized for the first time as a hybrid event, where students from mainland China participated on-site in Schenzhen and remaining 7 teams from outside of China joined in on-line.

2019 was a breakthrough year for our team, because for the first time Warsaw Team scored a Hat trick taking part in all three most important SCC competitions in the world.

Achievements: 2nd place in the interview; 3rd place in Linpack

Sponsors: Boston IT, Nvidia, Cool IT

Achievements: White Hat Award – for finding an error in the network configuration

During the competition (48 hours – USA, 72 hours – Germany and China), teams work to achieve the highest computing performance using a computer system (cluster) of their own design, having a limit of 3kW of energy at their disposal. The system with the best performance wins. The team consists of a maximum of 6 students who have not yet obtained the bachelor’s degree.

Fifteen (competitions in Germany and USA) to thirty teams (ASC in China) take part in the competition. Each competition has a specific, separate qualifying round. In the case of Germany and the US, twice as many teams apply for the qualifications, while in China, the number goes as high as 15 times more, which in 2019 meant over 300 teams!

The beginnings of the Student Cluster Competition date back to 2007. The first high performance computing competition was held in Reno, USA. Currently, the competition takes place during the three most important High Performance Computing events in the world:

The first competition was held in the United States in November 2007 during the Supercomputing Conference (SC). Since then, it has been permanently included in the SC conference program. Usually, 14 teams from the USA, Europe and Asia take part in the 48-hour competition.

ISC is credited with being the first HPC conference in the world; in 1986, it was held as a seminar on supercomputers at the University of Mannheim. The first SCC was held at a conference in Hamburg in June 2012; the competition is a 3-day supercomputing marathon.

ASC is the largest competition for students in terms of the number of teams competing. The number of applying teams exceeds 300, of which 20-30 of them advance to the 72 hour final; moreover, only during ASC exists a group competition for the finalists. The main organizers of the competition are Asia Supercomputer Community (ASC) and the Inspur company, which provides servers for the duration of the hackathon. Every year, the event is hosted by a different university, in the 20-21 edition it was Shenzhen (Southern University of Science and Technology).

The preliminary results for the 2020-2021 ASC Student Supercomputer Challenge (ASC20-21) have now been released. After two months of intense competition, 28 teams from over 300 participating universities from around the world have stood out and advanced to the finals. Beihang University, Jinan University, Shanghai Jiaotong University, the Chinese University of Hong Kong, Universidad EAFIT, University of Warsaw, and Ural Federal University are just some of the finalists.

With ISC 2020 fully virtual, the teams instead competed to run workloads on the same cluster — a system supplied by the National Supercomputing Center (NSCC) in Singapore — over the course of June 1st to 24th.

Washington barely edged out Team Warsaw, who finished third. This is the highest placement for a Warsaw team since they started competing back in 2017. They drove their five-node, eight GPU cluster to a LINPACK of 40.43, great job!

Engaging the world’s fastest supercomputer to challenge cutting-edge scientific applications became one of the unforgettable experiences for many participating students and greatly stimulated their enthusiasm for technological innovation. “I can definitely say that participating in the ASC Challenge has changed my life,” said Marcin Mielniczuk from the University of Warsaw, “It’s a very unique experience to compete on the Sunway TaihuLight.”

5th in the EMEA region and 14th on the world

GigaIO Technology Featured in the SCC at SC18

Another new team University of Warsaw came in a close second on the Linpack testing (with 29.79 teraflops) using eight P100s in four nodes, and performed admirably across the application set. They will be a team to watch and we hope to see them at the upcoming ISC and SC events.

Another newcomer, the University of Warsaw, grabbed second place by an incredibly small margin. Warsaw is driving a small four-node cluster equipped with eight P100 GPUs and only 512GB memory. 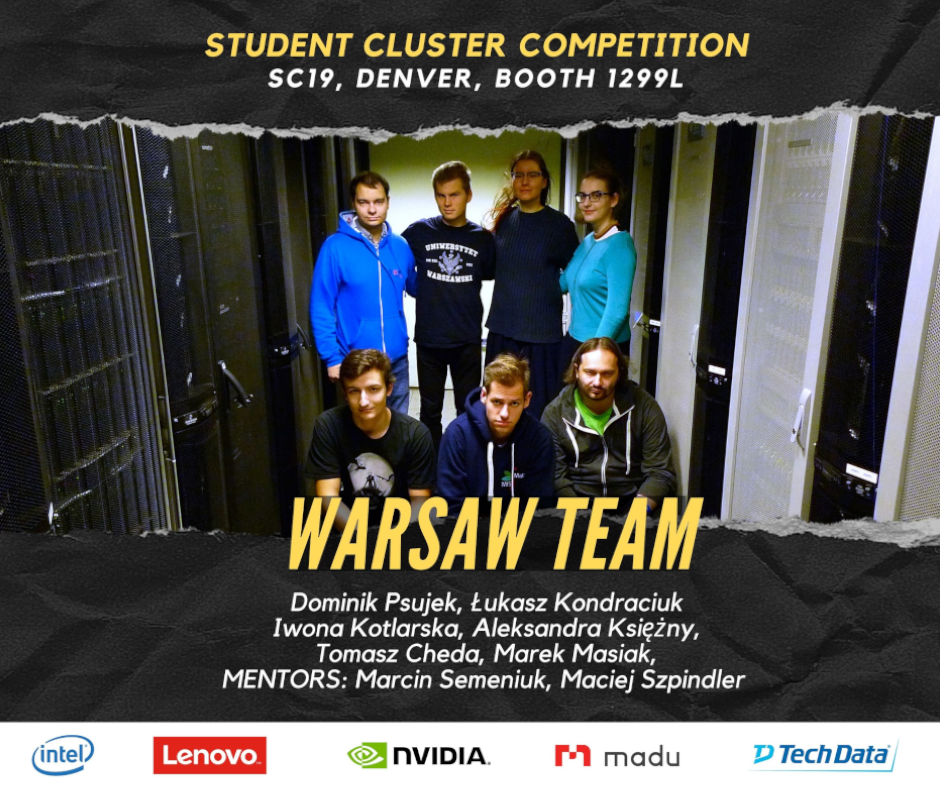 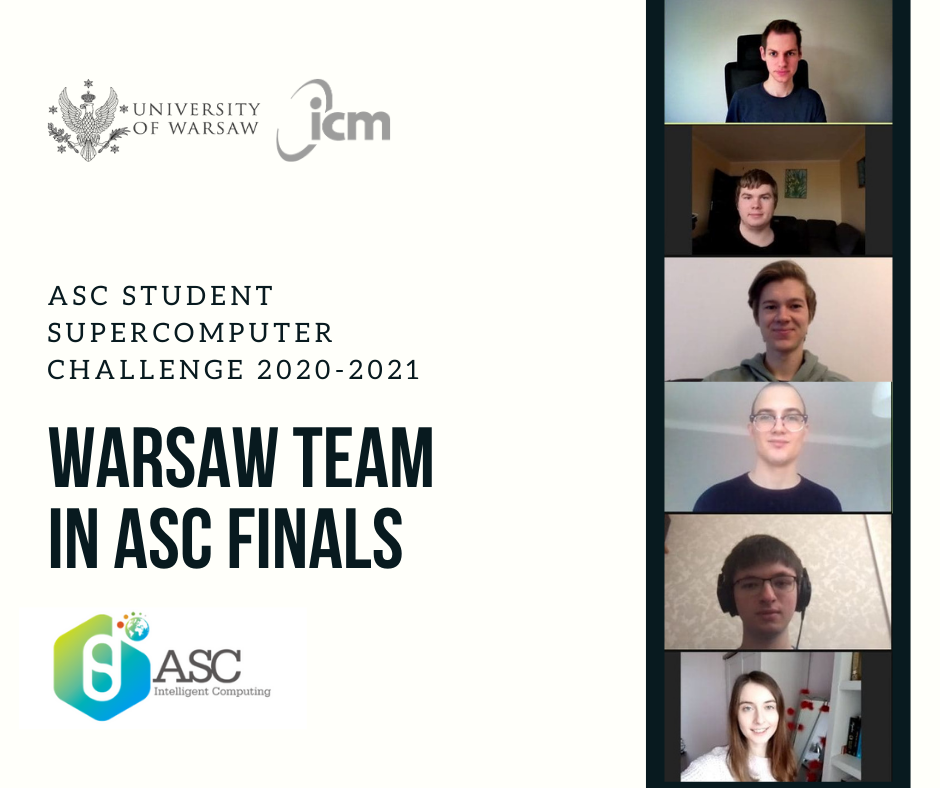 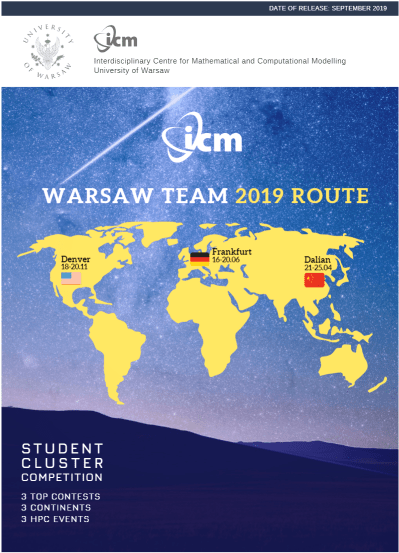