EuroHPC is a joint initiative between 33 European member countries and the European Commission (EuroHPC JU) to build an exascale computing infrastructure in Europe. As part of the second pillar of this project, the creation of National Competence Centers in the framework of EuroHPC (EuroCC) are planned, which task will be to support scientific research in industry with the participation of researchers from the academic community and with the use of computing resources provided by EuroHPC supercomputers. High Performance Computers are now a key tool for the development of science and industry in Europe, their importance has continuously grown over the last three decades and has evolved into a technology that supports a number of the most important sectors of the European economy.

The main goal of the EuroCC project is to create an European technology support system based on National Competence Centers working closely together, which would allow the academic environment, the enterprise sector (especially SMEs) and public administration to benefit from the expertise, experience and resources of EuroHPC. Each participating European country will have a single contact point designated as the EuroHPC National Competence Center, which will be responsible for the implementation of the project and tasks at the national level.

The activities of the National Competence Centers will include:

In Poland, the EUROCC project is carried out by a consortium composed of:

Information about HPC at ICM UW

The Interdisciplinary Center for Mathematical and Computational Modeling at the University of Warsaw conducts interdisciplinary research based on mathematical modeling, computer simulations, and multi- and large-scale calculations. ICM manages two data centers in Warsaw. The ICM Technology Center in Białołęka, commissioned in 2016, has approx. 10,000 m2 of technical space with three world-class supercomputers: first- Petaflop Cray XC-40 (Okeanos), the system is distinguished by high computing power and scalability, as well as high graph data processing efficiency, second- Huawei (Topola) cluster and the third- Rysy cluster are being used for big data analytics and cloud computing. In the server room there is data storage equipment for approx. 20 PB of data. In the area of High Performance Computing and cloud services, ICM supports approximately 1,000 users from Poland who use ICM’s supercomputers and computing infrastructure, network infrastructure and big data storage. 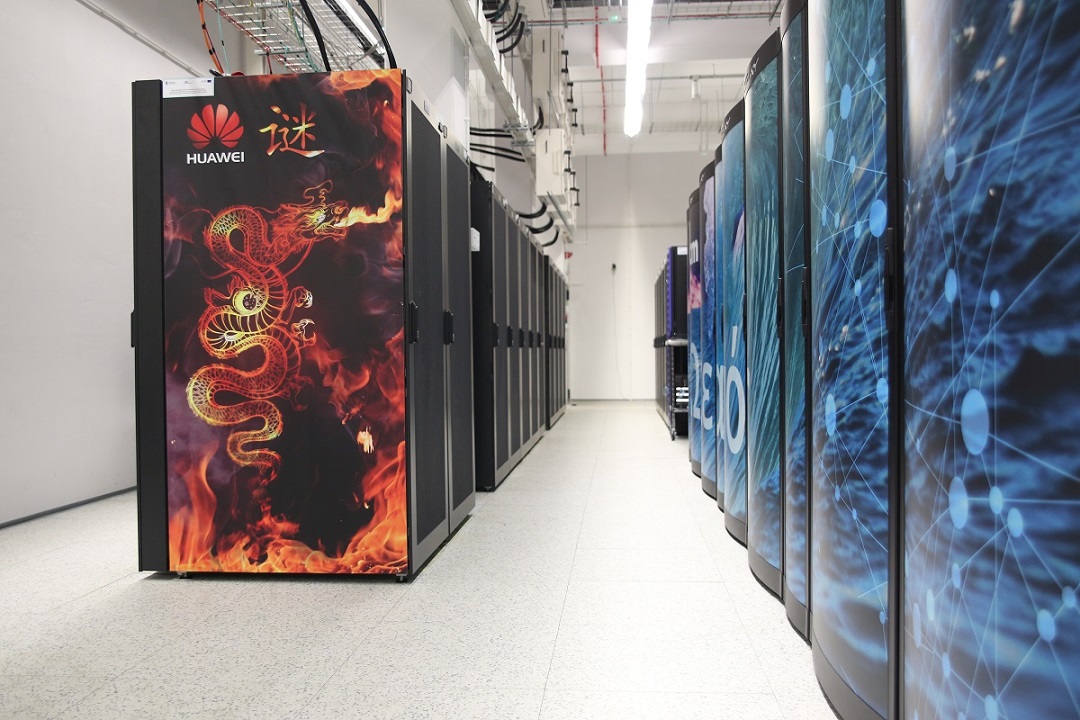 Name of the project: National Competence Centres in the framework of EuroHPC

PROJECT CO-FINANCED BY THE NATIONAL CENTER FOR RESEARCH AND DEVELOPMENT UNDER THE EUROHPC JOINT UNDERTAKING PROGRAM.