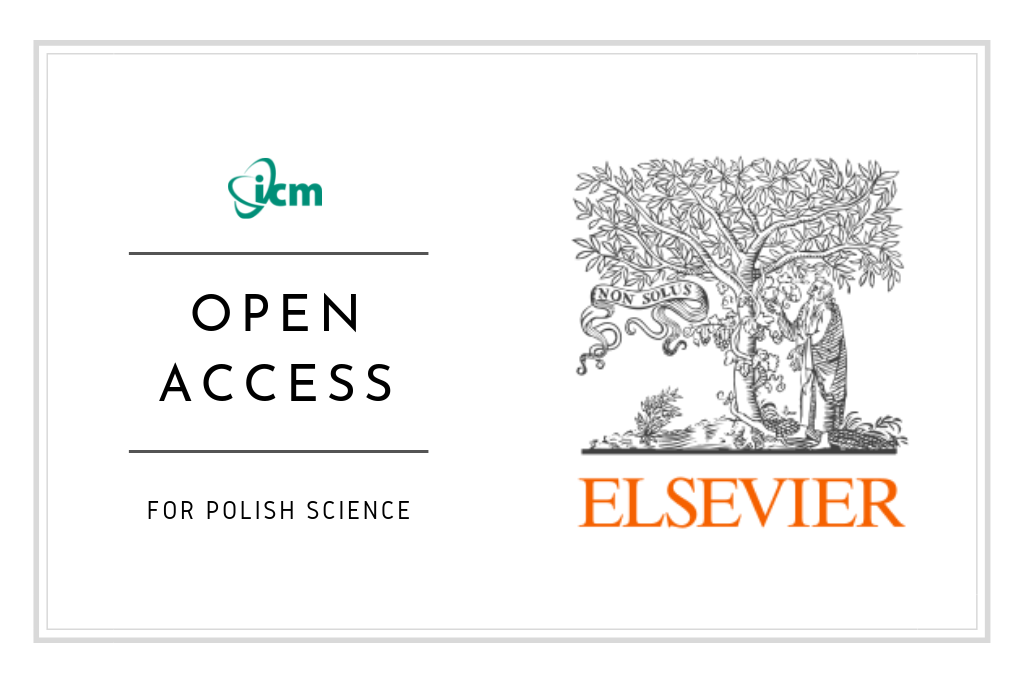 The agreement signed by Interdisciplinary Centre for Mathematical and Computational Modelling (ICM), University of Warsaw, with Elsevier covers 3,000 prepaid Open Access publications by Polish authors and up to 30 percent discount for all subsequent papers submitted in the Open Access mode.

The agreement is part of one of the first Read and Publish deals signed by Elsevier. The signed deal represents significant savings on the national subscription license which provides access to 1,800 journals, including Lancet and Cell groups by more than 500 institutions of higher learning in Poland.

This signed Open Access program allows publication in any of Elsevier journals of 500, 1,000 and 1,500 articles in three subsequent years, respectively, starting this year; by authors from Poland.

The cost of these articles published in Open Access has already been incorporated within the national Elsevier license. Further, the agreement provides 30 percent discount in the first year of the contract for Open Access publishing fees incurred directly by the authors; in the second and third year it will be 20 and 10 percent respectively. These discounts are for all submissions from Polish authors above the pre-paid quotas mentioned above. The average cost of an individual publication Open Access publication is currently about EUR 2,200.

ICM Virtual Science Library, to the best of our knowledge, is the only virtual library in the world with the abovementioned open publishing conditions. As part of the Open Access component, Polish authors gain four times higher readability and proportionally greater citation in other scientific works. Polish scientists publish an average of 5.5 thousand articles in Elsevier academic journals during the year.

THE ONLY SUCH LIBRARY –  OPEN ACCESS FOR THE ENTIRE COUNTRY

The term national license refers to open access for over 500 scientific institutions, which in practice gives access to journal collections of over 8,000 academic titles, including thousands of titles from other publishers, to all scientists and students in Poland. ICM runs the only virtual library in the world that allows public, free access across the country.

Polish authors publish on average 5,500 articles in Elsevier journals annually, and the number of downloads from the Science Direct Freedom Collection approached almost 7 million articles last year [see Table 1]. The net cost of the national license per one downloaded article amounts to about EUR 2.5. In comparison, the cost of individual purchase of one article on the Elsevier server amounts to approximately EUR 30.

THE ONLY NEGOTIATIONS OF THIS KIND – CONSTRUCTIVE COMPROMISE WITHOUT PRECEDENT

The ICM agreement with Elsevier was concluded after four months of hard negotiations (entrusted to ICM by the Ministry of Science and Higher Education)  and it culminated as a compromise without precedent in the previous arrangements with Elsevier B.V – both in Poland and around the world. The arrangements for the national licence were reached during ten meetings with the participation of four ICM and three publishing house representatives. In addition, detailed minutes reporting each session of talks were submitted to the Ministry of Science and Higher Education.

As a result of signing the agreement for the period 2019–2021 by Interdisciplinary Center for Mathematical and Computational Modelling of the University of Warsaw, over 500 Polish scientific institutions have open access to millions of the most important scientific articles published by Elsevier.

The national license also includes, among others:

– 1,819 magazines, containing 1,638 current journals (including 4 journals from the Lancet group);
a new and crucial feature is inclusion of a full group of 19 Cell journals;

– the abstract-bibliometric database Scopus with the SciVal tool. These data constitute a unique collection of data on scientific publications, including information for scientific evaluation in accordance with the policy of the Ministry of Science and Higher Education.