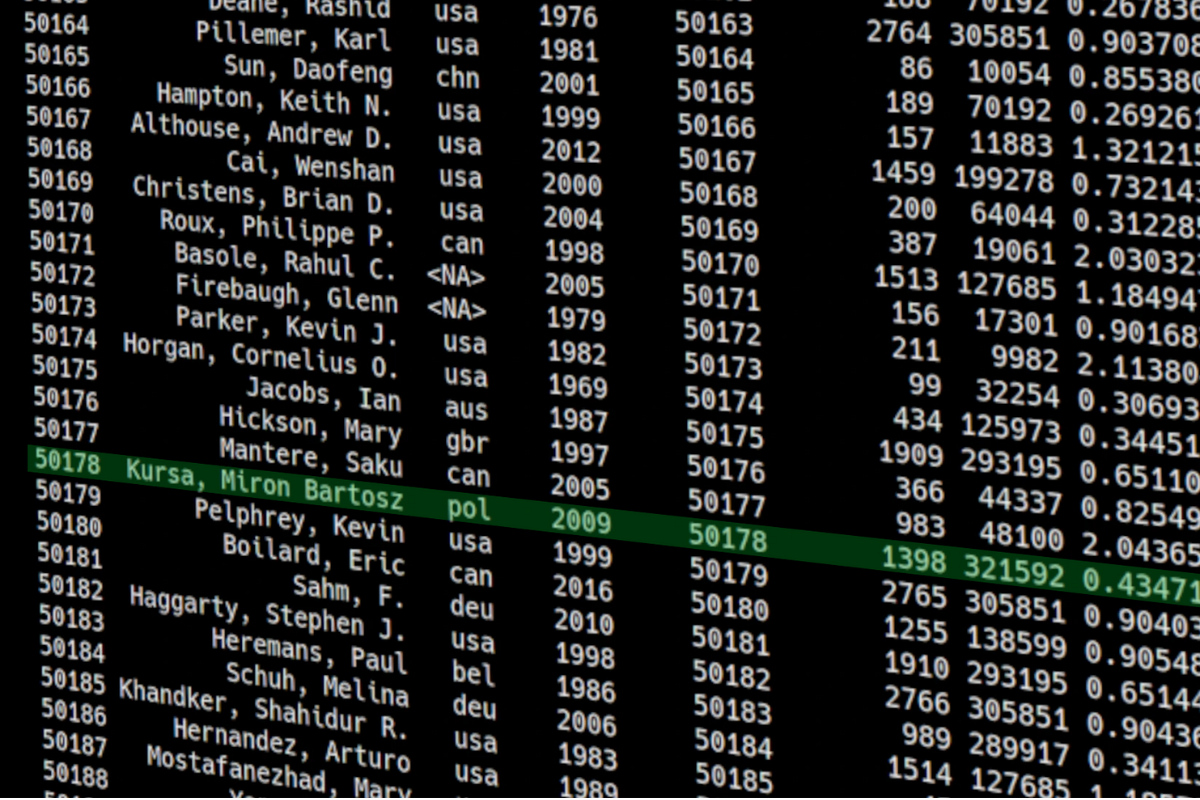 Late last year, researchers led by John Ioannidis from Stanford University released an updated database of the world’s most cited authors, based on the author’s “c” index and Elsevier’s bibliometric data. Among approx. 60 scientists from the University of Warsaw, both lists included a representative of the ICM – Dr. Miron Kursa, classified in the leading Artificial Intelligence & Image Processing discipline.

The database contains two ranking lists with the names of one hundred thousand people with the highest “c” or being among the top 2% in their field. The first one includes all indexed citations, the second only those in publications from 2021.

The complete breakdown, along with the full methodology and previous releases, is available here.