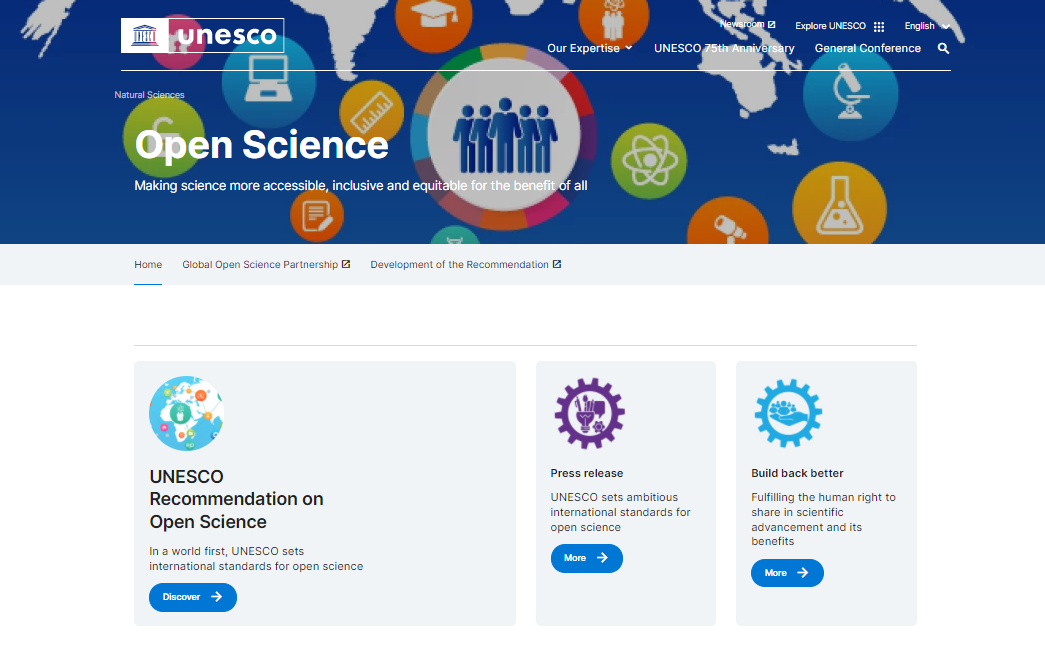 The UNESCO Recommendation on Open Science was adopted by the General Conference of UNESCO in November 2021. The Recommendation provides an international framework for open science policy, practice, values, and principles.

The document sets out common directions for the 193 UNESCO member states and defines activities for the development of open science, such as promoting a common understanding of open science, introducing favorable legal solutions or investing in open infrastructure and services that provide free access to research findings. The agreement was reached through the multistakeholder global and regional consultations as well as the work of the Open Science Advisory Committee.

„As a global political instrument, the Recommendation opens up entirely new perspectives for open science and brings us closer to the reality towards which we have been working for many years also in Poland: openness as the basic method not only of scientific communication, but also and, above all, of research itself” – Jakub Szprot, Head of the Open Science Platform run by the ICM University of Warsaw, appointed as a member of UNESCO Open Science Advisory Committee representing Poland in Group II (Eastern European States).

Open science was defined as an inclusive construct that combines various movements and practices aiming to make multilingual scientific knowledge openly available, accessible and reusable for everyone, to increase scientific collaborations and sharing of information for the benefits of science and society, and to open the processes of scientific knowledge creation, evaluation and communication to societal actors beyond the traditional scientific community. With this Recommendation, UNESCO has embraced open science as a tool for reducing inequalities in access to scientific development and achieving Sustainable Development Goals (SDGs).

More information on the UNESCO Recommendation on Open Science can be found at: