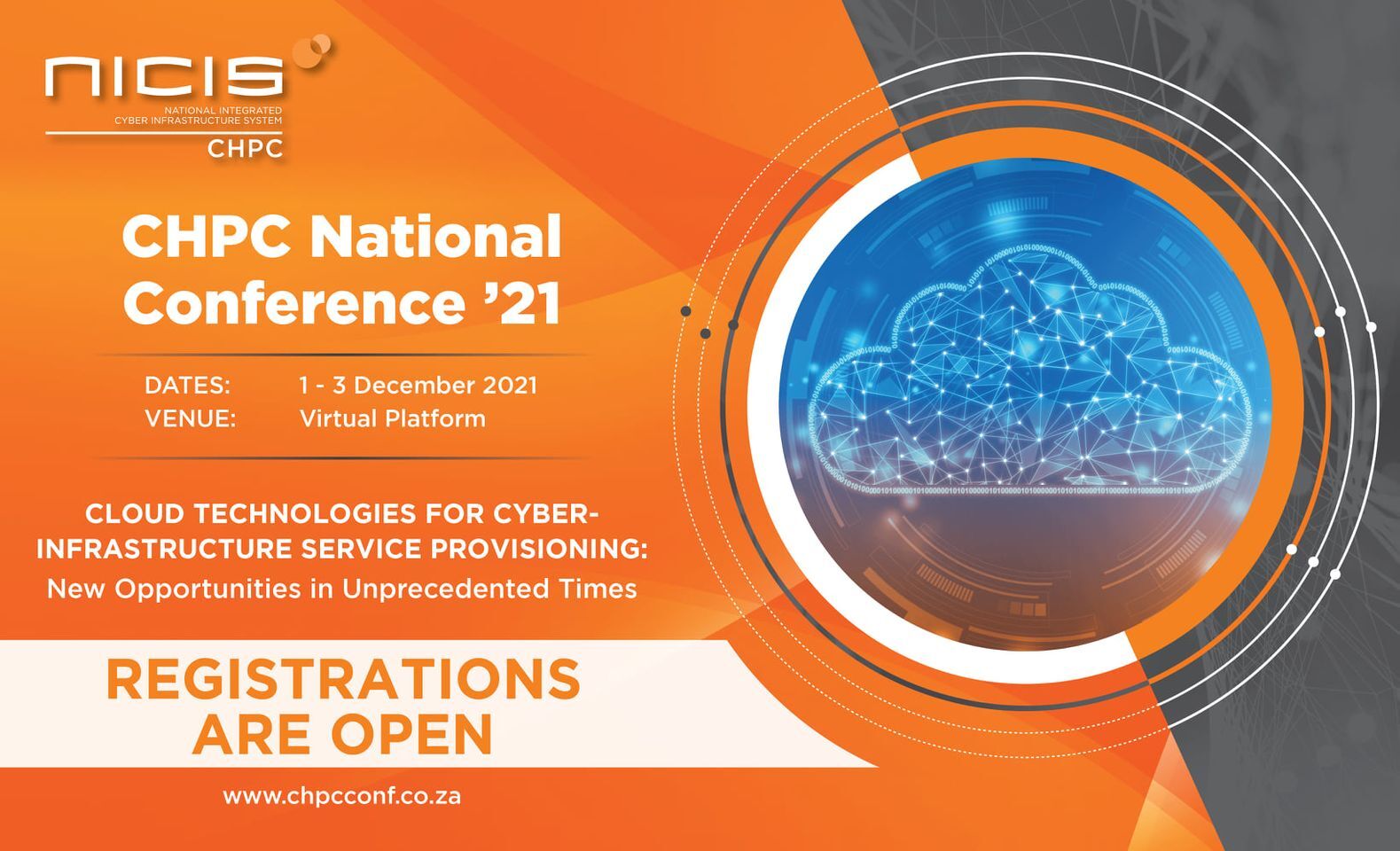 It is a great pleasure to announce dr Marek Michalewicz keynote talk during the 15th CHPC National Conference in South Africa (Dec 1-3, 2021). The theme of the conference is “Cloud Technologies for Cyber-Infrastructure Service Provisioning: New Opportunities in Unprecedented Times”. Registration is still open.

This year’s theme recognises how as more and more work moved online in response to the Pandemic, Cloud Technologies from compute to storage became essential to support solutions to these unprecedented travails. It is Cloud’s flexibility that is key to how it helped epidemic forecasting, data collection, remote work, and many other new applications needed.

Scientific endeavors of unprecedented scale, such as Square Kilometre Array, Large Synoptic Survey Telescope, Large Hadron Collider, will be or are already generating colossal amounts of data. Furthermore, in a fundamental manner, OMICS and AI depend on the availability and easy access to big data. This forces us to rethink the hierarchy and relative importance of “compute – store – transport” elements. All these components must be considered on equal footing, integrated and architected as almost organic, coherent and coalesced federation.

In this talk I will chronicle InfiniCortex project run between 2014-2016. Subsequently the U.S. DoE devised a concept of Superfacilities; a Global Research Platform was established to facilitate big scientific data collaborations at the global scale; and in Europe EuroHPC Joint Undertaking is funding three pre-exascale computing infrastructures, each serving communities of users in many countries. All this requires the tight integration of compute-store-transport and access components. We are witnessing the emergence of Federated Supercomputing.

InfiniCortex was a supercomputer spanning the entire globe. It combined supercomputing and storage resources located in Asia, Australia, USA and Europe into one concurrent, seamless, global electronic brain. Over the three years of project duration A*CRC in Singapore together with dozens of partners around the world implemented:
i) ring-around-the-world connectivity with most links at 100Gbps using exclusively InfiniBand transport, allowing almost 100% efficient, lossless and encrypted communication between all processors, everywhere (RDMA) and InfiniBand routing
ii) InfiniCloud: “designer choice” HPC Cloud instances with no limits on size of computing resources, spanning four continents
iii) InfiniCortex enabled applications in critical areas of science and technology.

I will also report on continuation of this work at ICM, University of Warsaw with partners around the globe to transmit data between Europe and Australia, and Europe and Singapore, on establishing networks with efficient Data Trensfer Nodes (DTNs), inter-city or inter-continental connected infrastructure enabling high-priority computing, distributed supercomputing, collaboration, and scientific research.