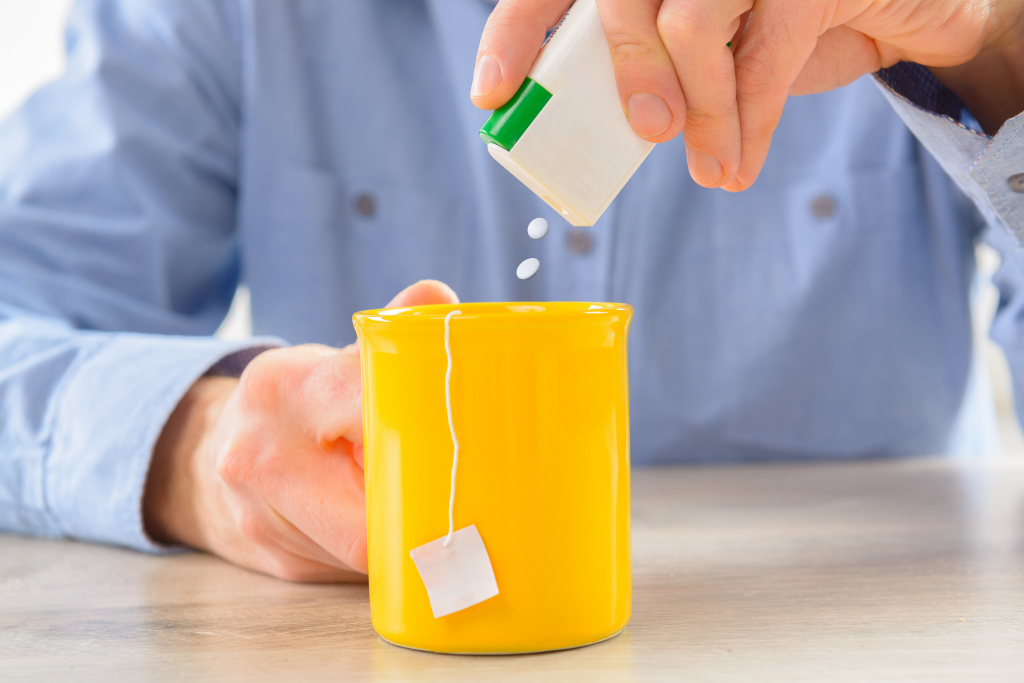 In the recent paper published in the “Cerebral Cortex” journal, a group of researchers from France, USA and Poland – from Nencki Institute of Experimental Biology of the Polish Academy of Sciences (PAS) and Interdisciplinary Centre from Mathematical and Computational Modelling (ICM) Univ. of Warsaw presented novel insights on the neurobiological effects of long-term sweeteners consumption.

During the study mice were given long-term access to slightly sweet water sweetened with sucrose (table sugar), saccharin or sucralose (artificial sweeteners), a protocol which simulates the usage patterns of those substances by humans.

The animals’ behavior was then studied in a “mouse casino” modelled after the Iowa Gambling Task used in psychology. In the test, a mouse has a choice of four arms — in the riskier ones, it may find more food pellets, but with a greater chance that some of them will be unpleasantly bitter; in the safer arms, there are fewer pellets, but they’re less likely to be inedible.

The study found that sweeteners cause animals to rigidify their decision-making; animals were choosing specific arms very quickly and steadily, poorly integrating the cost-effectiveness of their choices; the results also suggest that there are individual differences in susceptibility to the effects caused by the analysed substances.

The behavioral observations were additionally confirmed by an analysis of brain neurochemistry, which showed changes in structures related to the reward system, yet with no significant changes in the animals’ brain and overall metabolism.

“The reward system is the brain subsystem responsible for motivation — without it, we’d probably be bouncing around a locked room endlessly like zombies, unable to get discouraged or interested in the door handle. Sweet taste is one of the stimuli strongly affecting this system, which is due to the fact that finding something sweet is a signal of being near an unusually large source of energy, which is worth immediate exploitation.

In our experiment, we wanted to see what happens when the reward system is chronically activated by constant access to sweetness. And indeed, we have observed behaviors consistent with impairment of its function, such as rigidity of decisions and abandonment of exploration. Interestingly, sweeteners raised both choice speed and rigidity significantly stronger than dietary sugar.

We also found significant variability between individuals — some mice responded more strongly, and some seemed resistant. This could be explained by the fact that, from an evolutionary point of view, continuous abundance of high-calorie food is exceptional and there is no selection pressure to develop a uniform response towards it.

We have also performed molecular analyses, which have shown differences in the mechanism of action of sucrose and sweeteners; while all the substances studied disrupted dopamine turnover in the prefrontal cortex, sucrose seems to cause this condition by overdriving the amygdala, whereas saccharin acts through the anterior insula.

Naturally, more research is needed, but our results show that there are no sweets without consequences, even if they are not immediately apparent“ – concludes Dr Miron Kursa from ICM University of Warsaw.

The article Prolonged Consumption of Sweetened Beverages Lastingly Deteriorates Cognitive Functions and Reward Processing in Mice was published in Cerebral Cortex by Oxford University Press in early September 2021. The publication is available at doi.org/10.1093/cercor/bhab274.

An international team of researchers from the following centers participated in the study: