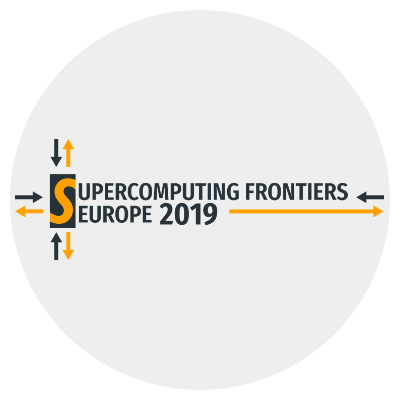 From 11 to 14 March 2019 Warsaw will host a world-class experts in supercomputers – thanks to Supercomputing Frontiers Europe 2019 (SCFE2019). The European edition of the conference, which for five years has been presenting the most innovative largest scale solutions in computational sciences from all over the world, is organised by the Interdisciplinary Centre for Mathematical and Computational Modelling, University of Warsaw (ICM UW).

Honorary patronage was confirmed by: Ministry of Digital Affairs, Ministry of Entrepreneurship and Technology and Ministry of Investment and Economic Development, as well as the Rector of the University of Warsaw. Patronage has been also taken by Ministry of Science and Higher Education.
During Supercomputing Frontiers Europe 2019 experts will share their knowledge about supercomputer architecture and its interdisciplinary use in contemporary science. The programme will include sessions on, among others:

The keynote speakers will be:

Guests of the event will also be Taisuke Boku from University of Tsukuba, Japan; David Coster from Max Planck Institute for Plasma Physics; Alex Wright-Gladstein, co-founder of Ayar Labs, a company that is making computing faster and more energy efficient by using light to move data between chips instead of electricity; and many others.

Platinum sponsors of the conference are Cray and Comtegra.
Gold sponsors are: PZU Group, Western Digital and Lenovo.
Silver sponsors are Mellanox Technologies, DDN Storage, Hewlett Packard Enterprise and Intel, while bronze sponsors are Inspur.
The event was also under media patronage of Computerworld, CIO Magazine, PCLab, Primeur Magazine, HPC Wire, Enterprisetech and Datanami. The conference will take place on 11-14 March 2019 in the Copernicus Conference Centre at 20 Wybrzeże Kościuszkowskie st., Warsaw. Detailed information and registration form is available on the SCFE2019 website.